Review — by Sofia Nunes
Laure Prouvost: Melting into one another ho hot chaud it heating dip 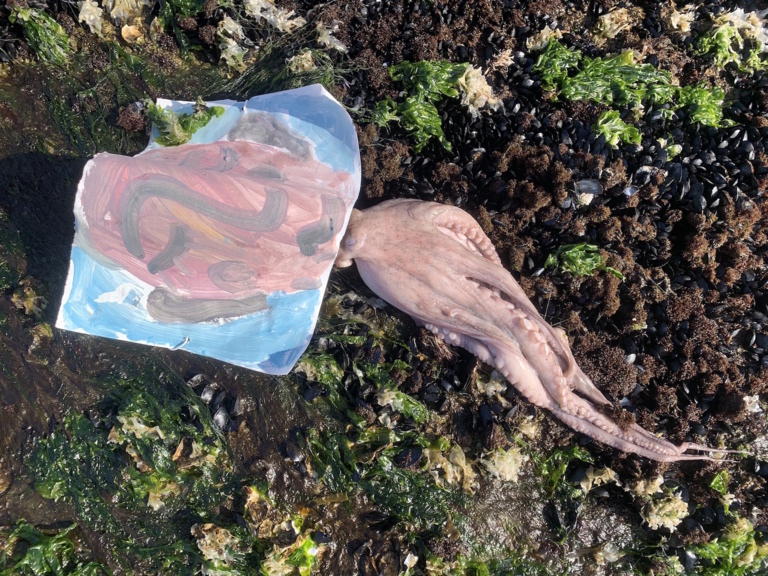 A few days ago, while I was disinfecting my sneakers after coming home, I noticed the sides of the soles were spattered with black paint. I couldn't recall having passed by any construction site nor stepped on any dirty or wet pavement; in fact, the paint was already dry and impregnated into the rubber. However, it still exuded a slightly sickly, dense, and concentrated, if familiar, smell. That was when I re-entered—through memory—Laure Prouvost's exhibition at the Kunsthalle Lissabon, curated by João Mourão and Luís Silva.
Interview — by Justin Jaeckle
Gabriel Abrantes: Melancolia Programada 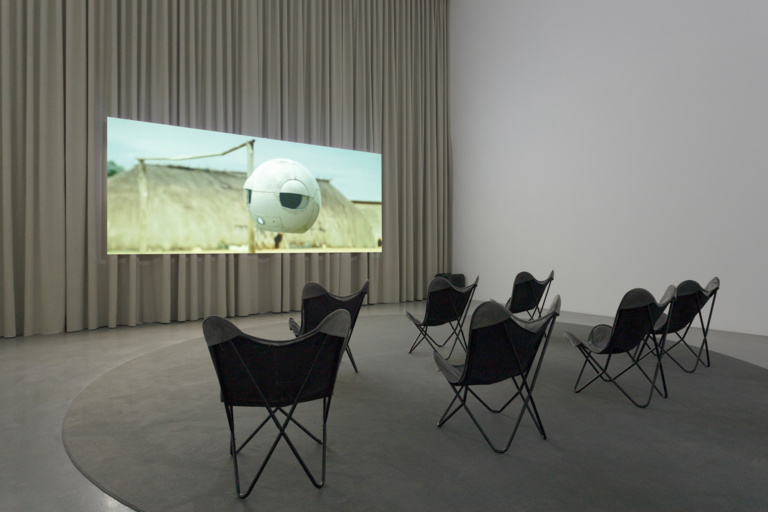 “Wittgenstein said the most profound problems could only be discussed in the form of jokes. That logic didn’t have the power to resolve these questions. Truth be told, humour can be liberating, but it can also be a prison. There is an old story that says irony is a bird that has come to love its cage. And even though it sings in protest of its cage, it likes living within it.” Abrantes’ world exists within the cage of our own one, and sings with ambiguous delight as it interrogates it. From behind the new bars of his quarantine in Lisbon, Gabriel talks us through the exhibition and his work.
Interview — by Eduarda Neves
Interview with Coco Fusco 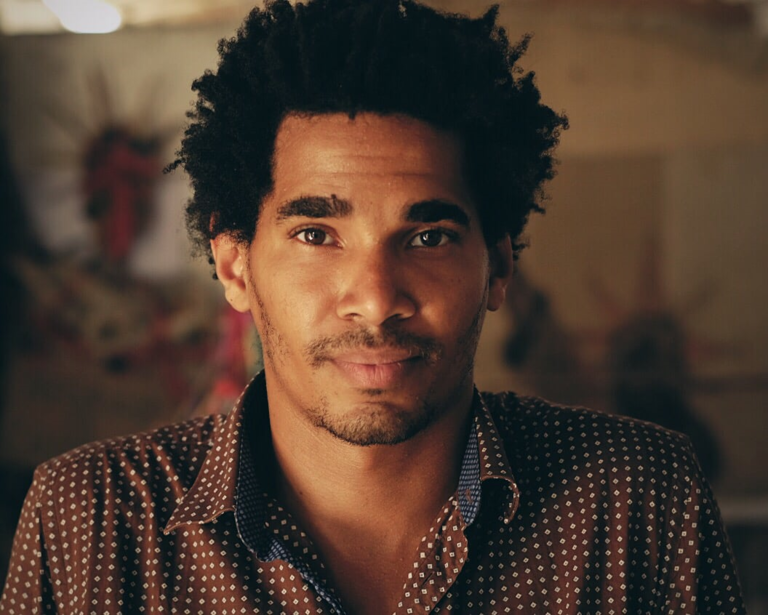 Coco Fusco is a Cuban-American artist and writer based in New York. Her interdisciplinary artistic and theoretical-critical production, which incudes performance, video, curating and writing, addresses such issues and topics as post-colonialism and race, globalization and labor. For the past three decades she has conducted research and produced written and filmic work about post-revolutionary Cuba. In her recent videos and book about Cuban performance art she offers critical readings of the mechanisms of state power and their impact on Cuban artists.
Review — by David Silva Revés
Pedro Barateiro: Abismo 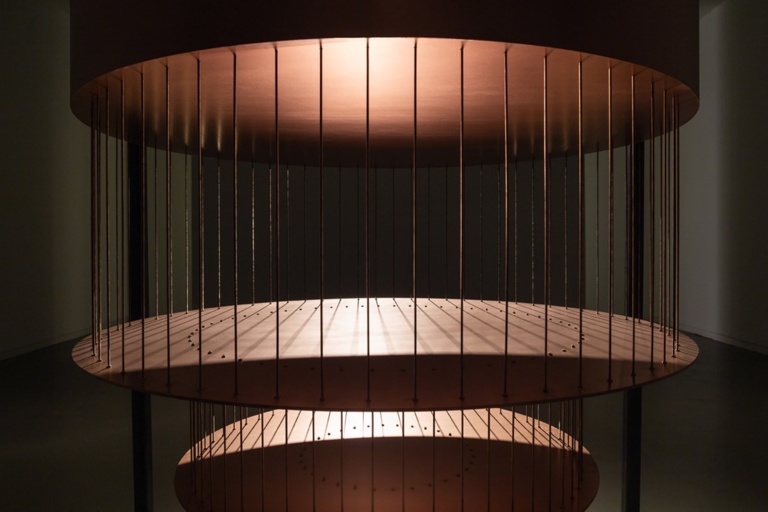 Deprived of visitors, this exhibition solitarily and unexpectedly experiments that which was one of Barateiro's intentions as regards the conditions of possibility within its relational experience: a certain “suspension of space and time.” Fatally, but not due to any aesthetic-artistic contingency (or perhaps exactly due to the aestheticising directions that filter the current context), that is the state of spatiotemporal slurry consuming us now, alone as well, in the comfort of our sofas (for those who are privileged enough to stay there). Though unideal, however, the latter might be a productive place to focus on that other—more unstable, more rebellious, darker, or paradoxically brighter—which Abismo segregates.
Interview — by Isabella Lenzi
Interview with Bárbara Wagner and Benjamin de Burca 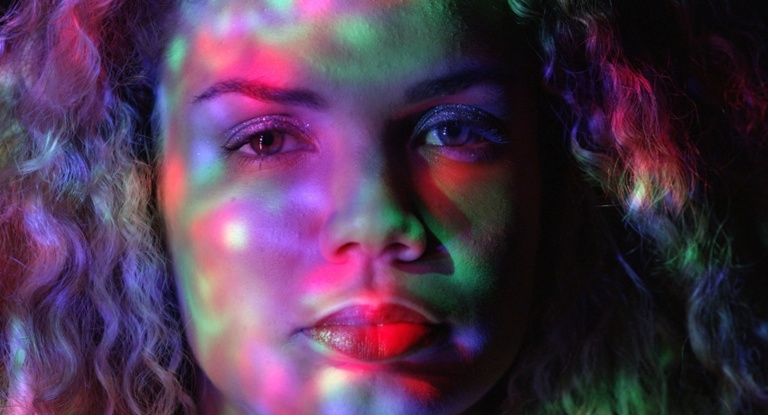 "Estás vendo coisas", the first solo exhibition by the double act of Bárbara Wagner (1980, Brasília) and Benjamin de Burca (1975, Munich) in a Portuguese institutional space, opened in mid-January. Held at Galeria da Boavista, in Lisbon, it had to be closed a month before scheduled, like so many others in the whole world, as authorities attempted to control the COVID-19 pandemic. From 6 to 12 April, "Estás vendo coisas" (2016) was available online, an initiative promoted by the artists with the Municipal Galleries of Lisbon. Working partners for seven years, the double act's production oscillates fluidly between different universes. Their videos and photographs merge codes of visual art and cinema with the aesthetics of mass media, social media, and YouTube.
Review — by Gabriela Vaz-Pinheiro
Anuário'19, portrait of art in the city before an outbreak 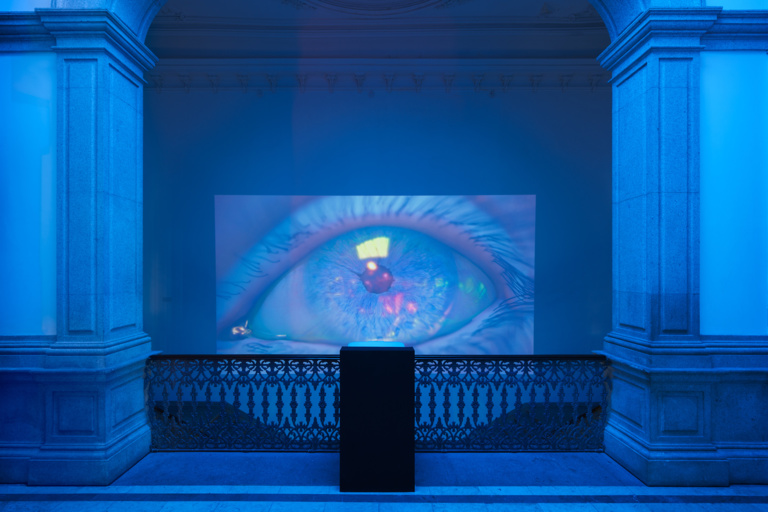 To view an exhibition that spanned the recent confinement period is impossible without rethinking our own presence in the world, how we have worked with and will henceforth relate to artworks particularly, and cultural production in general. It is akin to a reunion with an old friend whom, notwithstanding some extra grey hairs, we recognise—and suddenly cherish the occasion all the more, confirming the maxim that the potentiality of loss arouses a sense and wish of belonging. As we walk through an exhibition that presents us and makes us look at a recent past, it is impossible, therefore, not to speak of such reunion in this text, and not to point out some concerns about the future.
Article — by José Marmeleira
Trying to imagine the future 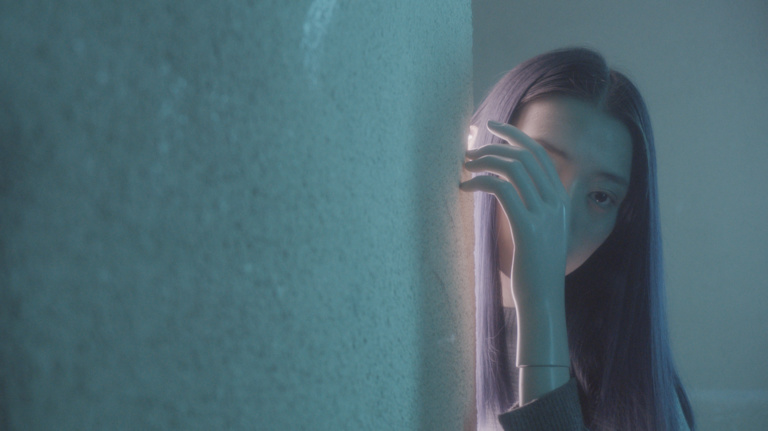 From gallerists, curators, and museum directors, words try and make sense of what is happening. With the desirable prudence and patience, but also with anxiety—even distress. The situation has taken on an unprecedented and unpredictable quality that about a month ago would have seemed exclusive to a remote, unreal reality. Specific but not unfamiliar conditions have changed the daily life of all, no exception made. Now, life with and against the virus is an irrefutable fact and state.
Video — by Borbála Soós
Paulo Arraiano: Inhale, Exhale (self breathing kit) 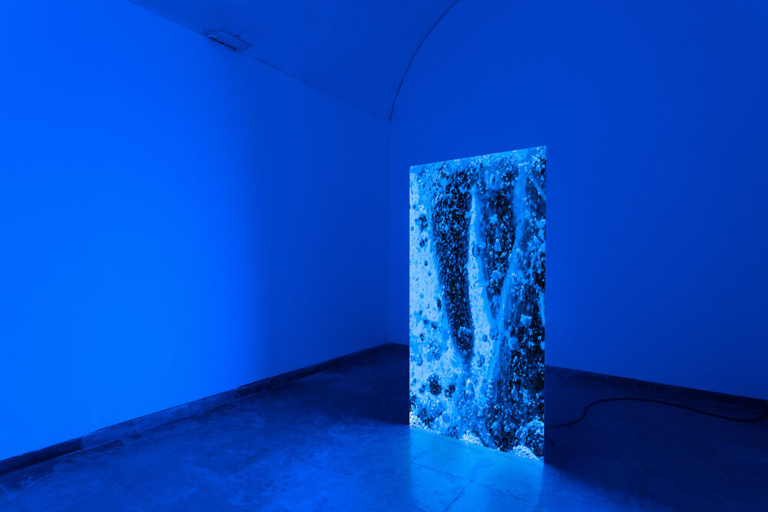 Sometimes one encounters a boundary along which two elements are coming together or pulling apart, with momentous consequences. When two opposing energies, like liquid and gas or warm and cold meet, they do not mix as one might suppose. Each keeps its own individuality. When one gains supremacy, the other retreats, creating new phenomena in the wake. Paulo Arraiano’s inspiration for many of his works is the sea near the Azores with fault lines where tectonic plates come together/pull apart.
↖︎Back to Top