Grada Kilomba is a Portuguese interdisciplinary artist, a professor, and a writer. For years, she has been working on bringing forth forgotten stories of Black history by revisiting memory and trauma through a decolonizing framework, and questioning narratives based on colonial concepts of knowledge, gender, and power. At MAAT, her installation O Barco (The Boat) is composed of around 140 large blocks of burnt wood, arranged in the shape of the bottom of a 32-metre long boat. The blocks are spread out on the paved bank of the Tagus river in front of the museum. The installation is then activated by a one-hour performance executed by thirty intergenerational Black Portuguese performers who worked with Kilomba on the project, and who come from African diasporas living in Lisbon. With music production by Angolan-born, Berlin-based writer and musician Kalaf Epalanga, the nucleus of O Barco is a poem—a succession of words such as “One Sorrow / One revolution / One equality / One affection / Humanity" etc. that Kilomba’s performance interprets in sound, visual scenes, declamations, and singing in a slow-paced, solemn, and alluring style.

On several central blocks, we can read parts of Kilomba’s poem, engraved and translated into a few African languages, Yoruba, Kimbundu, Creole, and Setswana, as well as Portuguese, English, and Arabic. Rhythm through percussion holds this ceremonial performance together, where musicians and performers—also, all dressed in black—play, recite, dance, and move ceremoniously in a succession of carefully crafted tableaux vivants interlaced via gestures, the sound of live instruments, and voices that cry and lament, but also affirm and chant in a cathartic way. Here is a couple evolving through the blocks, then crushed by destiny to eventually be reunited at the end; here is a drummer activating each block with intention and purpose, as if acknowledging their presence and what they might represent (ancestors, history, slave trafficking, unresolved trauma…); here is the beautiful soloist whose incarnate voice sings Kilomba’s poem, accompanied in gospel-like tones by the choir. The codes of representation and the mise-en-scène are simple, thus the messages are rather clear too: the bodies speaks of voyages and slavery, of sorrow and loss, and of hope as well. The singularity of the representation resides in the fact that not only all the participants are Black, but the context of the performance—its historical references—comes from voices silenced by the history written by white people, so far.

O Barco / The Boat could have the same dedication, i.e. “This is in Remembrance of our Ancestors”, as Kilomba’s 2008 book, Plantation Memories, a collection of short stories compiling episodes of everyday racism. In one instance in the book, she mentions her time growing up in Lisbon, and how the street Dr. João de Barros was nicknamed Monkeys’ street or Banana Republic—both excluding and degrading ways to refer to the neighbourhood being populated by Black people, who arrived from Africa from the former Portuguese colonies, and their descendants.

Memories can be rewritten with love and appreciation, and the traumas they stem from, if not erased, could potentially be reconciled with one’s contemporary Black identity.

No grieving process and personal growth can happen before first identifying the issues, perhaps this is something Kilomba aimed at, considering her background in philosophy and Freudian psychoanalysis, and her work with war veterans from Angola and Mozambique. So that is what Kilomba offers to the public here: a generous and moving aesthetic experience that acknowledges with heart the seldom addressed historical pains, and their consequences, endured by Black communities in Portugal and the world—a safe space to be and be seen.

The location of the installation itself, by the water, not so far from the Padrão dos Descobrimentos (Monument to the Discoveries), in Belém, a 1960 monument to the glory of the Portuguese discoveries shaped like the prow of a caravel as if departing to the seas and adorned on its sides by sculpted representations of historical Portuguese discoverers, is of strategic and symbolic significance too. When Portuguese think about this location, they think about a place from which ships went on to discover the world, it’s a reminder of a history the Portuguese can take pride in, a chapter from the past nicely packaged and hardly questioned—even if the dictatorship that established it to leverage national pride is gone. After the fall of the Salazar dictatorship and the independence of Portugal’s former colonies in the 70s, the country turned towards its own re-building, and its integration into the European project. As a consequence, the narratives about the Portuguese and their relationship with the African continent remained fixed in their representation of glory and "soft colonialism", leaving aside crucial non-details that have yet to be addressed. This is why O Barco is so compelling in its simplicity—it addresses artistically a history for which conversations have yet to happen.

Cristina Sanchez-Kozyreva is an art critic, curator and writer. She is a regular international contributor to art publications such as Artforum, Frieze, Hyperallergic, and other publications including the South China Morning Post. She was the co-founder and editor-in-chief of Hong Kong-based independent art magazine Pipeline that ran print editions form 2011 to 2016 where she curated thematic issues with artists, curators and other art contributors. She has a Masters degree in International Prospective from Paris V University. She is the editor-in-chief of Curtain Magazine. 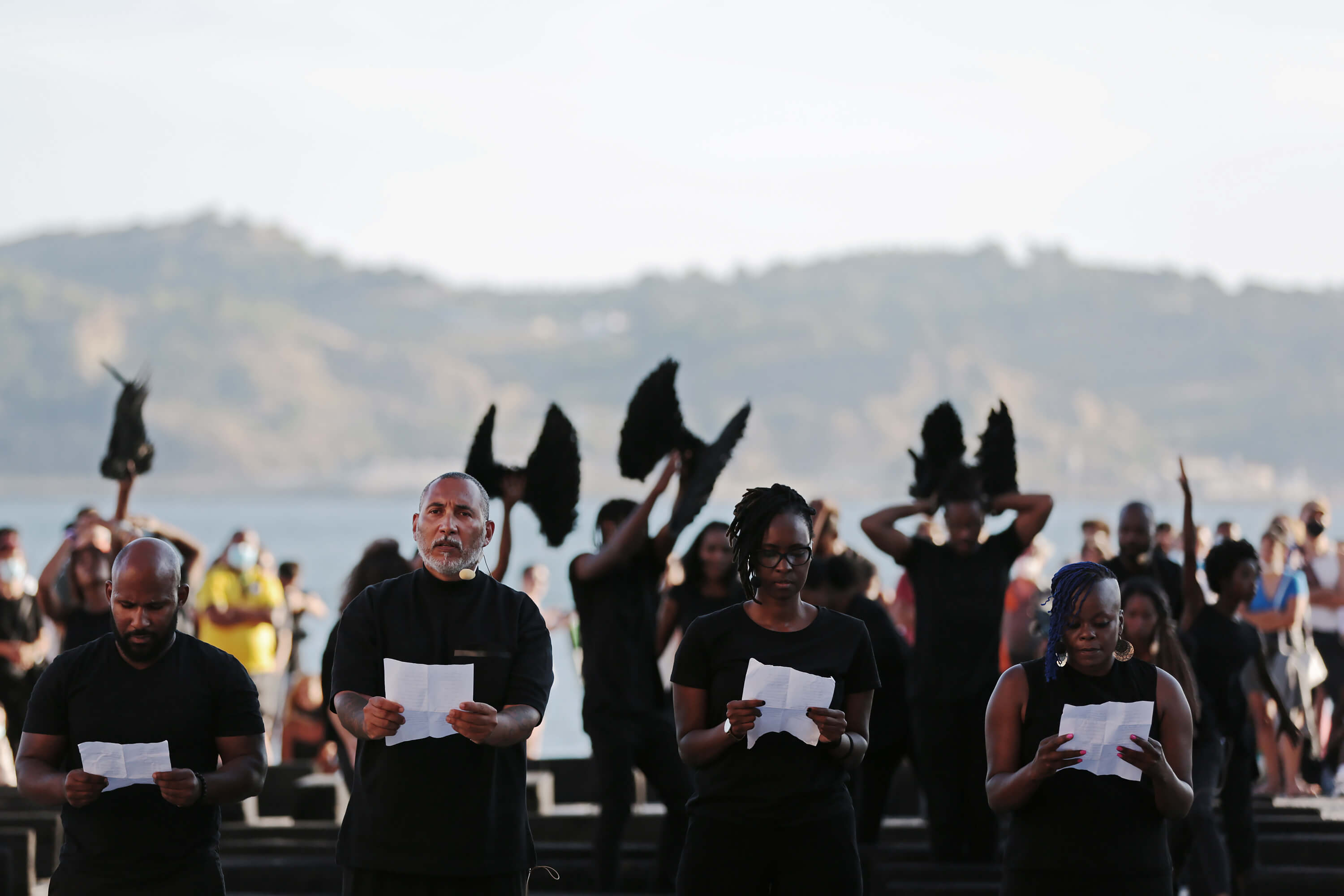 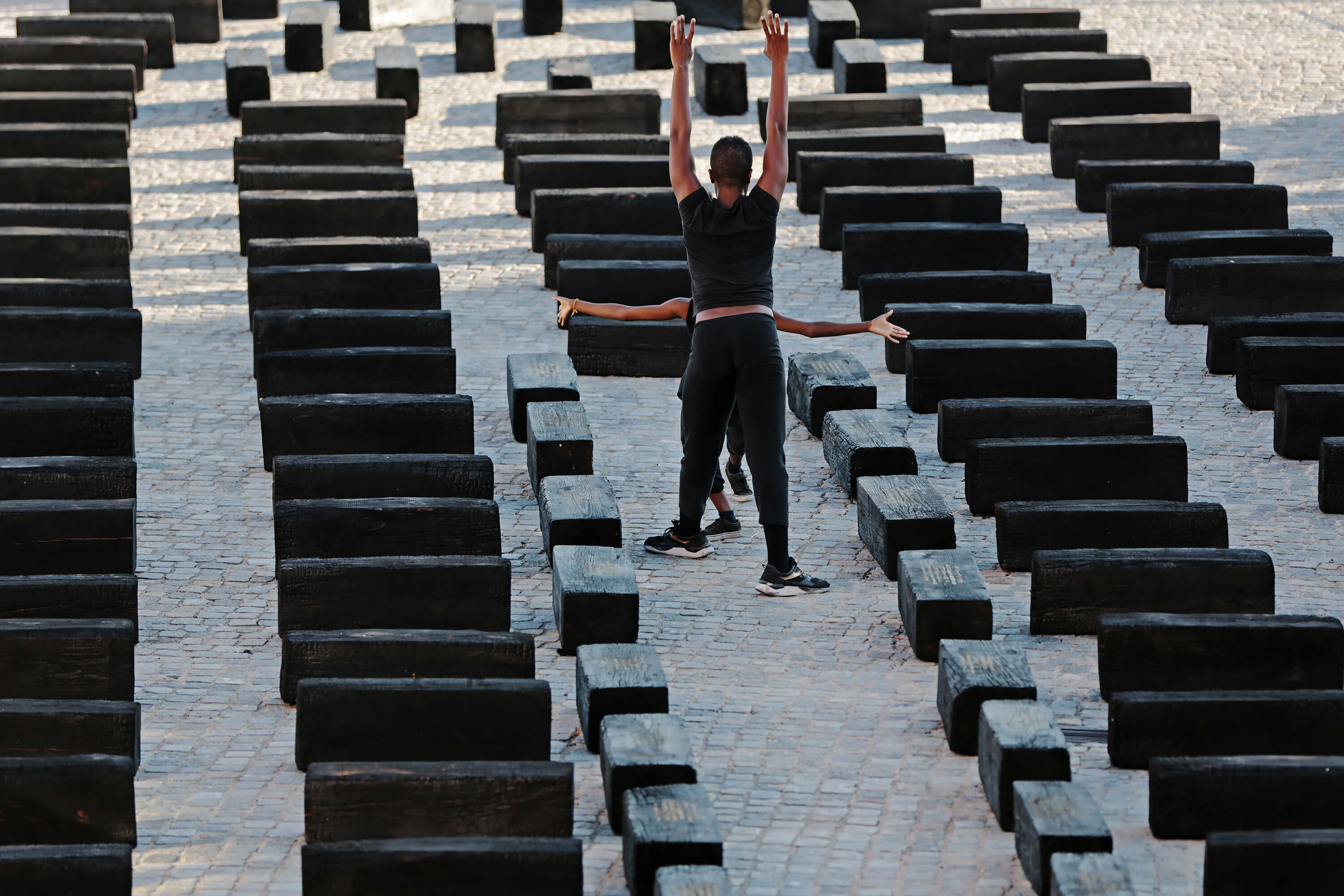 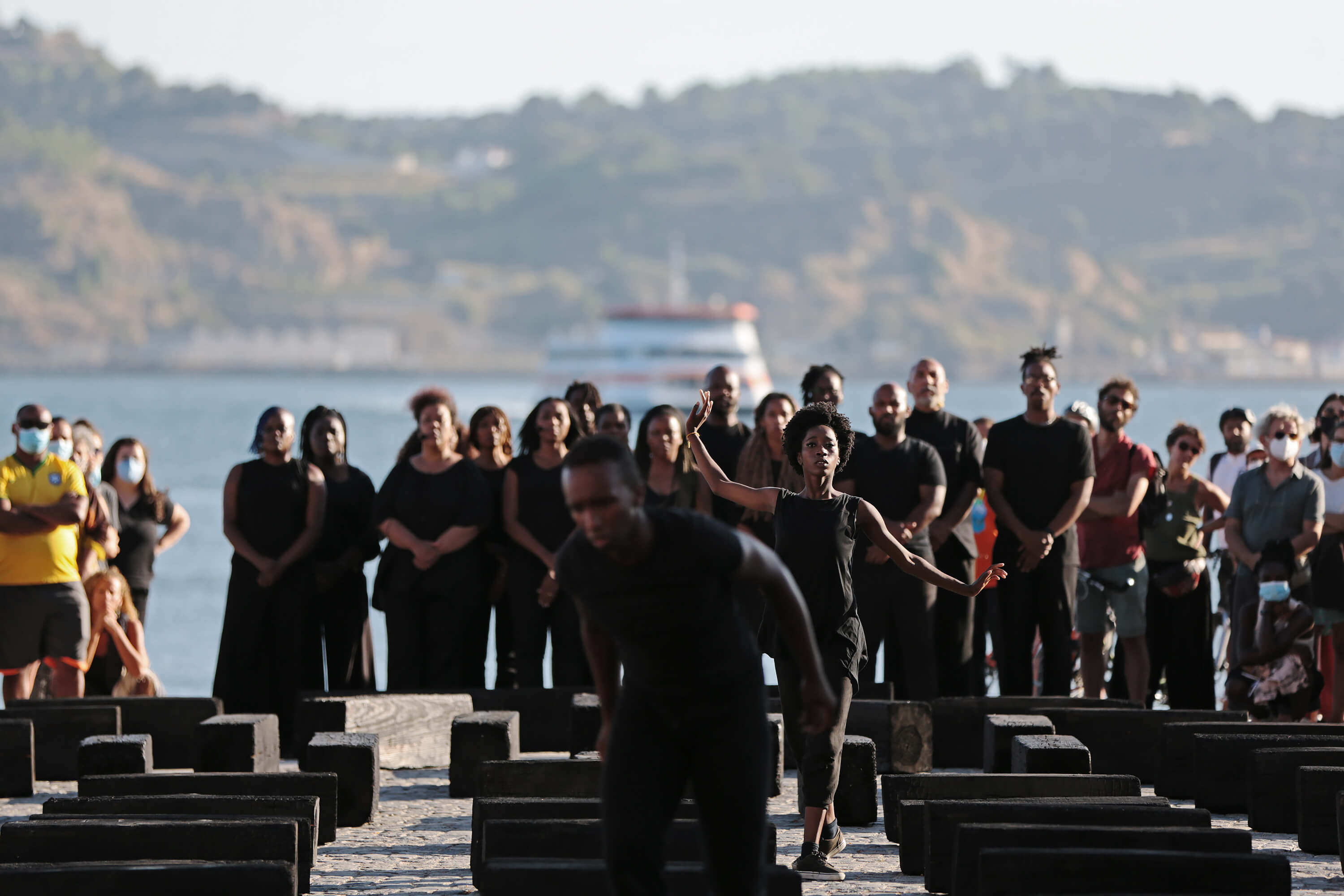 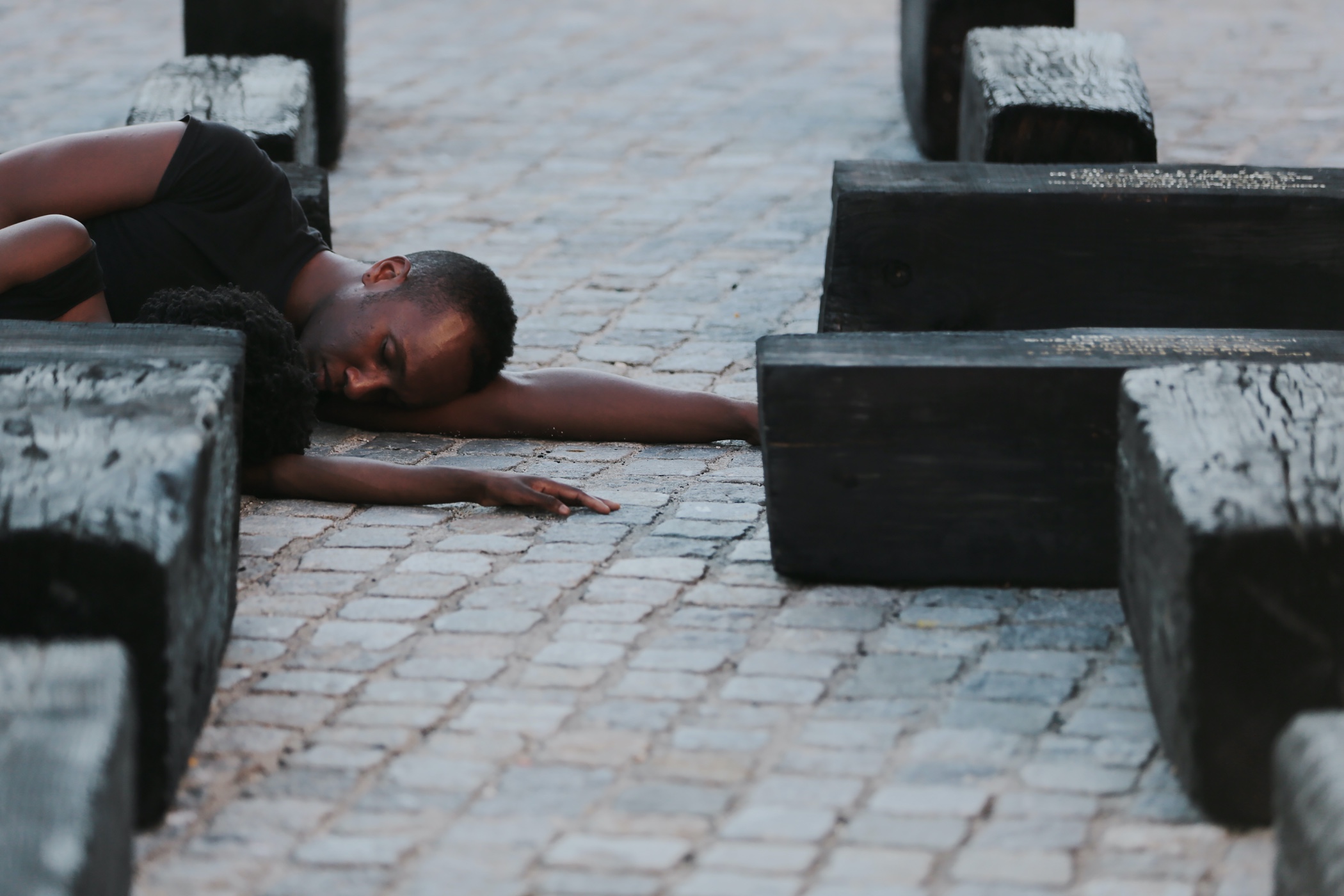 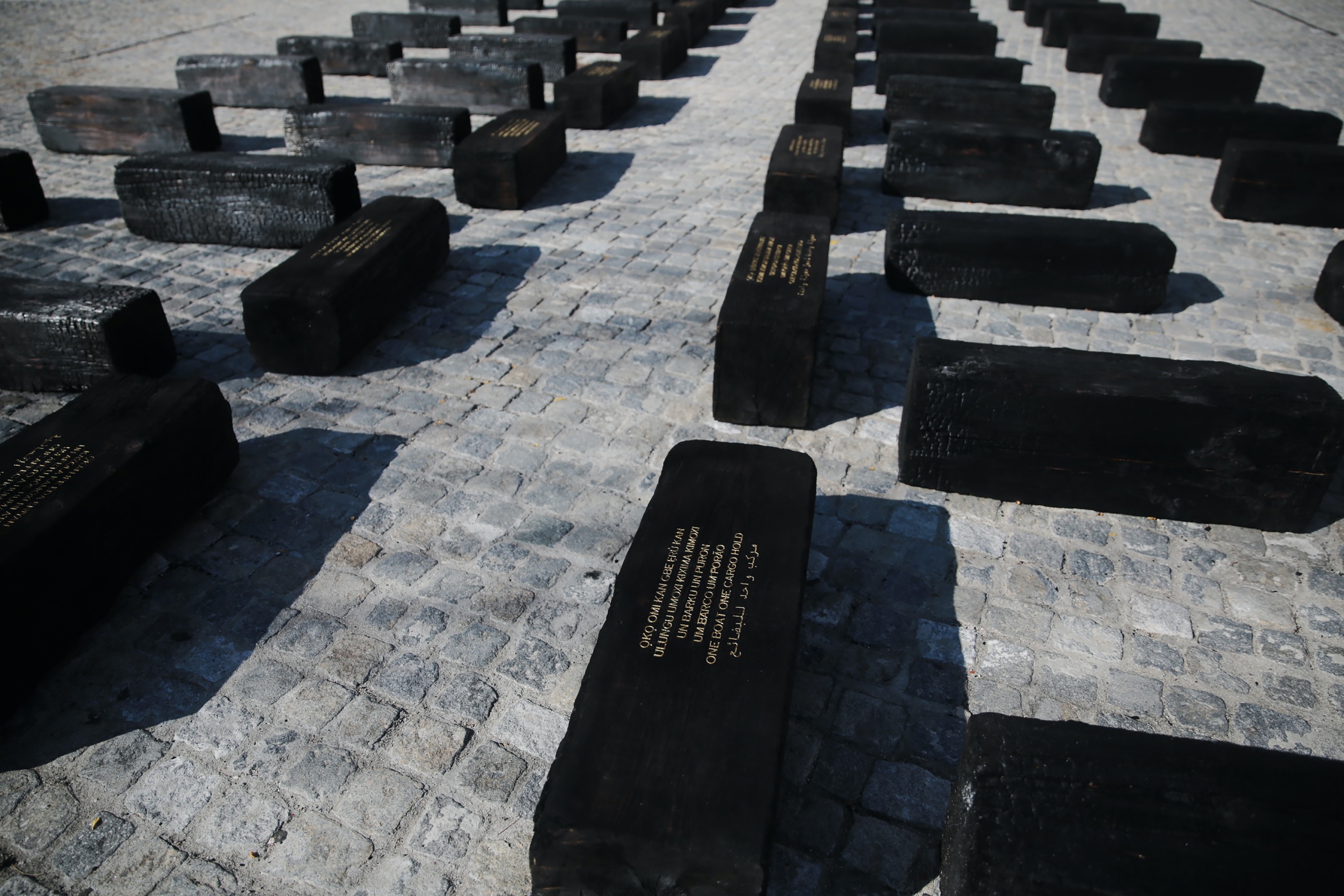 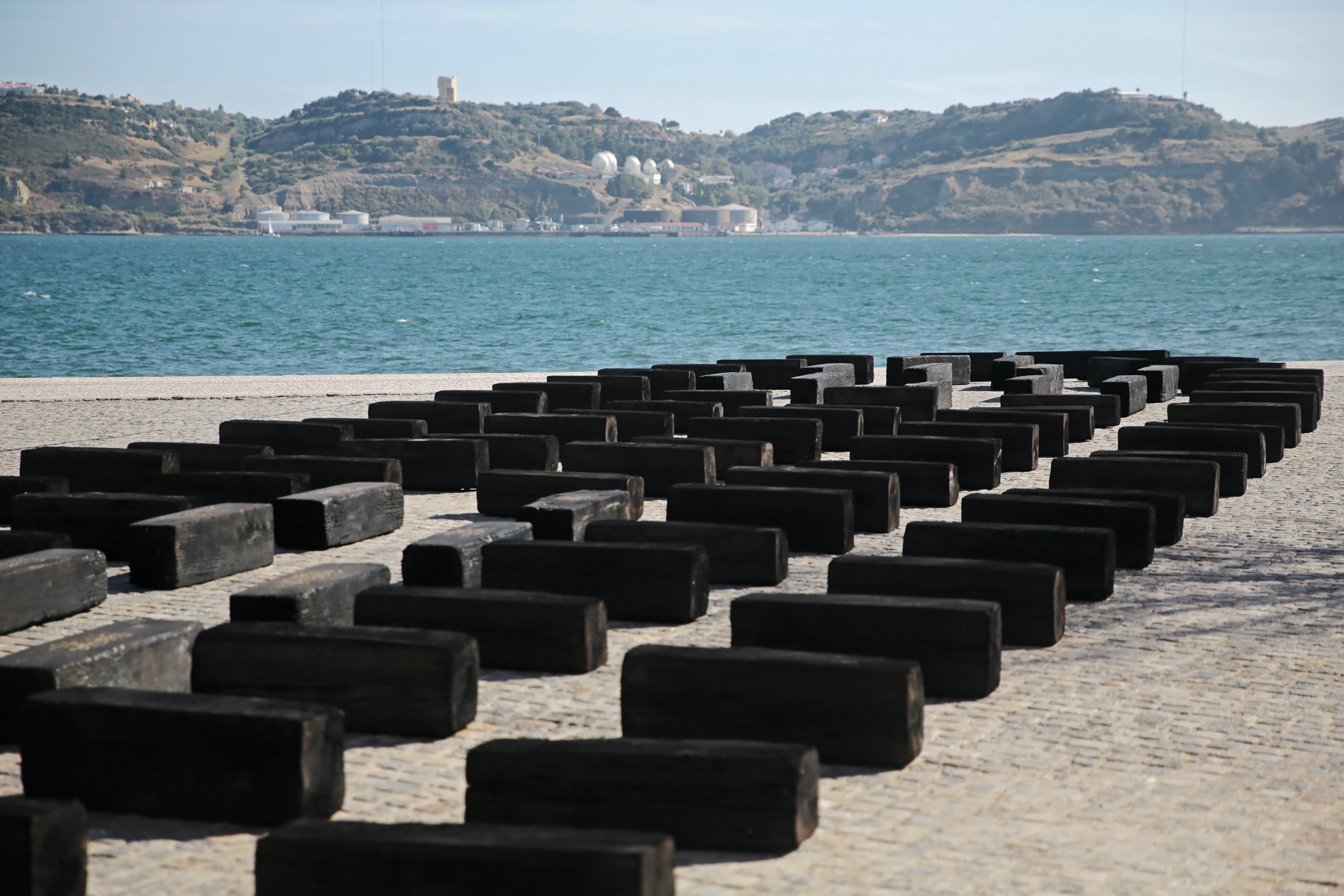