Clara Imbert’s Circular Visions at Foco Gallery takes over both floors of the Intendente space with an impressive number of sculptures and objects, all departing from the circle. The circle is the ultimate geometric symbol, with no beginning and no end, that can represent unity as well as the infinite. Its associated forms, spheres, semicircles, and arcs are equally ubiquitous shapes that appear in science, design, mechanics, art, and the everyday objects, at once mysterious and plain. Here Imbert played with its representations through photography, sculptures, prints, video projection, and installation, drawing from a free-spirited love of science and wonder.

Split into two different timelines—dependent on one earth’s rotation on its axis—between the gallery’s upstairs (day) and downstairs (night) floors, the works emanate these two seemingly opposite moods. On the ground floor, various prints and sculptures echo each other's loops and round forms. Hanging from the ceiling is Axis(all works 2021), a steel sculpture of interlaced rings whose curved paths form a large orbital sphere. Nearby, Totem is a steel ground sculpture where varied flattened circles and discs are mounted atop each other, as in a totem. Solis I, II, and III are three standing sculptures where three subtly conic limestone pedestals each hold a clean-cut fragment of a thick but hollow steel cylinder, resting on its side. The round holes in each cylinder aren’t centred, virtually creating deep crescent shapes out of steel. The moon, the passing of time, and orbiting come to mind.

This is reinforced in Shadow Object 1239, a photograph where a metallic disc with a clock hand—part of a traditional clock—is brightly lit by the sun from above, projecting a defined shadow on a warm terracotta-coloured background. Eclipse is a print on paper where a very dark disk with smudged fainted-yellow edges—like what you would see during a total solar eclipse—is set against a white background, and hints at a space where day and night are adjacent to each other, brushing against each other in a regular but infinite dance. As a probe or invitation to explore the hidden side of things, the basement space of the gallery takes the relay for Imbert’s nightly interpretations of the circle and its orbiting movements. At the bottom of the stairs, the entrance to the lower level of the gallery is barred by a heavy curtain that prevents natural light from entering, while arousing visitors’ curiosity as to what they might find behind the blinding drapes.

Downstairs, a sense of mystery and secrecy abounds in the dark. Visitors are greeted by Orrery, a standing steel pole with several square arms of various sizes pointing towards the low ceiling with globes at their extremities.

The whole looks like a standing mobile or kinetic sculpture, and in fact you can rotate its arms around, as if Orrery represented a steel and stone modelled version of an unknown solar system. A mechanic and summary visualisation, it seems far removed from our modern era and its 3D modelling technologies, like a retrofuturist object that would rather belong to a student of Da Vinci or the laboratory of an alchemist. In par with the aura of alchemistic experimentations, projected on the right wall is a video of an ascending burning ball against a dark background, slowly waving its flames. Its reflection is caught in the dark cold waters of a large rectangular basin at its feet. Nearby a very elegant Equation for an Ellipse is a double cone frame in steel that produces the shape of a geometrical hourglass. The upper part holds a disc, which projects its shadow on the ground, nearly covering the circle formed by the base of the bottom cone—an echo to how one celestial body can eclipse another. At the very back of the space, tucked away as if in its own chapel, is Suspension, a conic pyramidal sculpture topped by a sphere. But, with some magic, the sphere is in fact made of two halves, split in the middle by air. The upper half appears to be floating above the construction as if not concerned by gravity (there is a trick to it), closing the show with a spark of enchantment.

Although the sheer amount of works Imbert managed to present in Circular Visions forces admiration for the cadence of her production, the result in the gallery can feel a little overcrowded. It renders the space akin to a museum of collectibles and curiosities rather than to a place where spheroid incarnations could unleash their full potential. Having said that, Imbert's collection of mechanic sculptures, like beautifully crafted elevated toys, carries a playful sense of awe, and perhaps refers to some happy childhood memories where discovering the world through applied sciences and the observation of nature was fun and hands-on. These sculptures and images also refer to a time when alchemy and chemistry were considered as the same practice—just like astrology and astronomy. It’s not until the 17th century that one became a pseudoscience and the other a serious scientific pursuit. The blurring between playful and serious perceptions, the underlying tension between adult designs and childhood dreams, paired with an elaborate execution, makes of Circular Visionsan intriguing lucid dream.

Cristina Sanchez-Kozyreva is an art critic, curator and writer. She is a regular international contributor to art publications such as Artforum, Frieze, Hyperallergic, and other publications including the South China Morning Post. She was the co-founder and editor-in-chief of Hong Kong-based independent art magazine Pipeline that ran print editions form 2011 to 2016 where she curated thematic issues with artists, curators and other art contributors. She has a Masters degree in International Prospective from Paris V University. She is the editor-in-chief of Curtain Magazine. 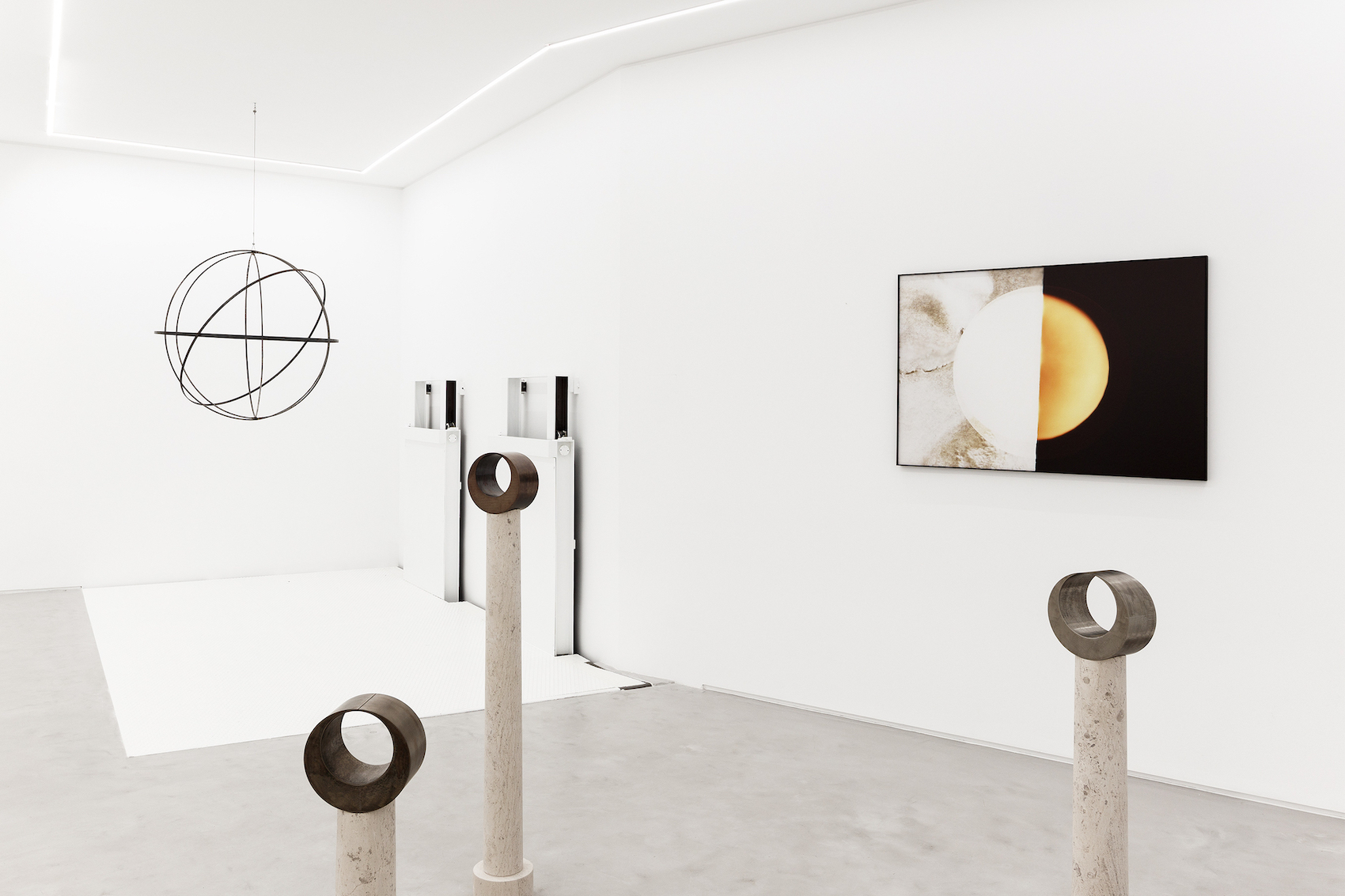